There’s nothing left to say. I’ve read every editorial, every FaceBook post, every HuffPo screaming front page rant. I’m done. I’m done with the election, and I’m done even discussing it, or him. He who shall not be named. I had been calling him the apricot barbarian, but you know what? I love apricots, they’re delicious and pretty and when they’re ripe, they smell how I imagine Eden might have smelled, if Eden had been a real place and not just a setting for a fairy tale. Apricots are an incredible fruit, and they don’t deserve the association with that walking pile of shit. No, you know what? That’s an insult to shit, too. How about we call him…Fake-n-Bake Hitler? I have no problem insulting fake tanning, it’s an abhorrent practice, and nothin’s worse than Hitler, so that’s a good moniker. That works. Fake-n-Bake Hitler. Perfect. FBH for short.

So here I am this fall season, thinking about color, and there it was, the NY Times Magazine. With their food issue article about how the big industrial food companies, think Kraft, M&M Mars, you know, Foodiness, Inc., are all scrambling to find new ways to color their garbage non-food products with natural colors, because all of a sudden, American consumers are freaking out. Not because a Sunkist-Soda-faced demagogue could be our next president, but because all of the shit food they’ve been cramming into their gaping maws has been artificially colored for years, and now the moms of America are calling on the major food corporations to STOP THE MADNESS?

“GET THE BLUE DYE OUT OF OUR KIDS M&M’s and SQUEEZY YOGURT”. They’re DEMANDING that the big food co’s ditch the color, and replace it with natural colors.

Nobody’s demanding that we label GMO’s, or stop dumping raw sewage on our crops as fertilizer, or stop using what accounts to slave labor to harvest our food, or demanding that we clean up the trillions of tons of plastic in the ocean…no. Just give us our blue food, but please make it less chemically so we can feel better about eating shit.

Wait a second, moms of America, NOW you’re upset? You still haven’t figured out that you’re feeding chemical-sugar crap to your children, but are really upset at the big issue of the COLOR of the foods? Yes, the artificial color is terrible, and made from stuff like coal-tar sludge, but like FBH himself, the artificial color is merely the petrochemical-stained surface of a much, much deeper, larger problem. A tremendous problem, a HUGE problem!

The problem of the fact that we CARE so much about what’s in our SHITTY processed junk food, and don’t give a crap about what’s being done to real food.

And that’s a problem.

Live at 2:00 pm EST on heritageradionetwork.org or later on www.letsgetrealshow.com. 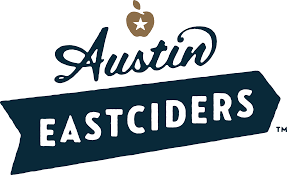 There’s nothing left to say. I’ve read every editorial, every FaceBook post, every HuffPo screaming front page rant. I’m done. I’m done with the election, and I’m done even discussing it, or him. He who shall not be named. I had been calling him the apricot barbarian, but you know what? I love...

Scary Clowns, Apricot-Faced Barbarians, and Gluten; Who Ya Gonna Call?

We're all really, really scared these days. Scared for the future, scared for the planet (well, some of us), scared of scary scaring clowns scaring kids, scared of scary clowns pretending to be legit candidates...OMG, so much scariness! And it's not even Halloween yet! But even worse than all that...

It's special guest day here in the Foodiness Fallout Shelter! My new, once-in-a-while co-host, Emily Peterson, has taken time out from her busy life of cheffing, motherhood, chicken raising and occasional taxidermy to join us down here. You may know Emily from her HRN show, Sharp and Hot, but today...

This Foodiness Was Made For Walking!

@KarlMeltzer just broke the world record for the being fastest ever finisher of the entire Appalachian Trail, you know the Appalachian train, right? It’s a 2,190 mile hiking trail that runs along the East coast of the US, from Georgia to Maine. Now, I hike, and I’ve done little bitty bits of it, 4-5...

Today, on the season premiere of Let's Get Real!!! Ok, so a couple of changes are afoot here in the Foodiness Fallout Shelter. Well, no, actually the shelter is the same, I barely touched the place over the summer. It looks really great, and the biomass fuel HVAC system I built last winter is...

Today, on Let's Get Real... It's the extended live version of "Cod Worms and Devil Dogs"! Can't remember what that is? It's the live theater piece I did back in March. This is the extended version, that I performed on Saturday. I worked so hard on this as a live show, that I'm not ready to put it to...

[audio mp3="https://heritageradionetwork.org/sites/default/files/wp-uploads/2015/09/Culinary-Eggplants-Meaty-History1.mp3"][/audio] The eggplant is a hearty vegetable with an interesting history. In places where it was harder to raise...

Hey Bonehead! Don’t Throw Those Out!

[audio mp3="https://heritageradionetwork.org/sites/default/files/wp-uploads/2015/09/Culinary-Hey-Bone-Head-Dont-Throw-Those-Out-1.mp3"][/audio] Wait, don’t throw those bones away! They’re a culinary goldmine! Erica Wides talks about all the different things...