I am thrilled to have Adrian Miller on this week's show. Adrian is a scholar of African-American food ways. He is the author of several books including Soul Food, won him a 2014 James Beard Foundation award, and The President's Kitchen Cabinet, for which he was nominated for the 2018 NAACP Image Award for outstanding literary work - nonfiction. He is also a self-proclaimed "recovering lawyer" and served as a White House advisor to US President Bill Clinton.

I may be most excited to be talking about barbecue, because, as everyone knows, I just opened a barbecue restaurant with my partner, Josh Lee, and Adrian's writing a book on barbecue called "Black Smoke: African-American United States of Barbecue", which is to be released in April of 2021. 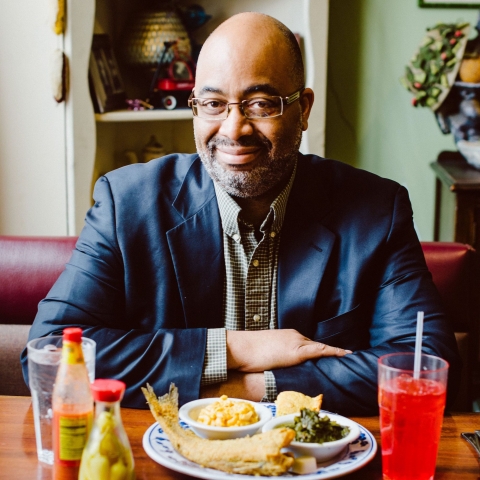 Erika Council is a software engineer, writer/photographer, and biscuit-maker who runs the Bomb Biscuits pop-up in Atlanta and the

I am thrilled to have Adrian Miller on this week's show. Adrian is a scholar of African-American food ways.

Lawrence Weeks dedicated his heart to cooking as a child growing up in a Southern Creole/Cajun household in Louisville, KY.

On this episode, I am so happy to have another dear friend and culinary brother on the line.