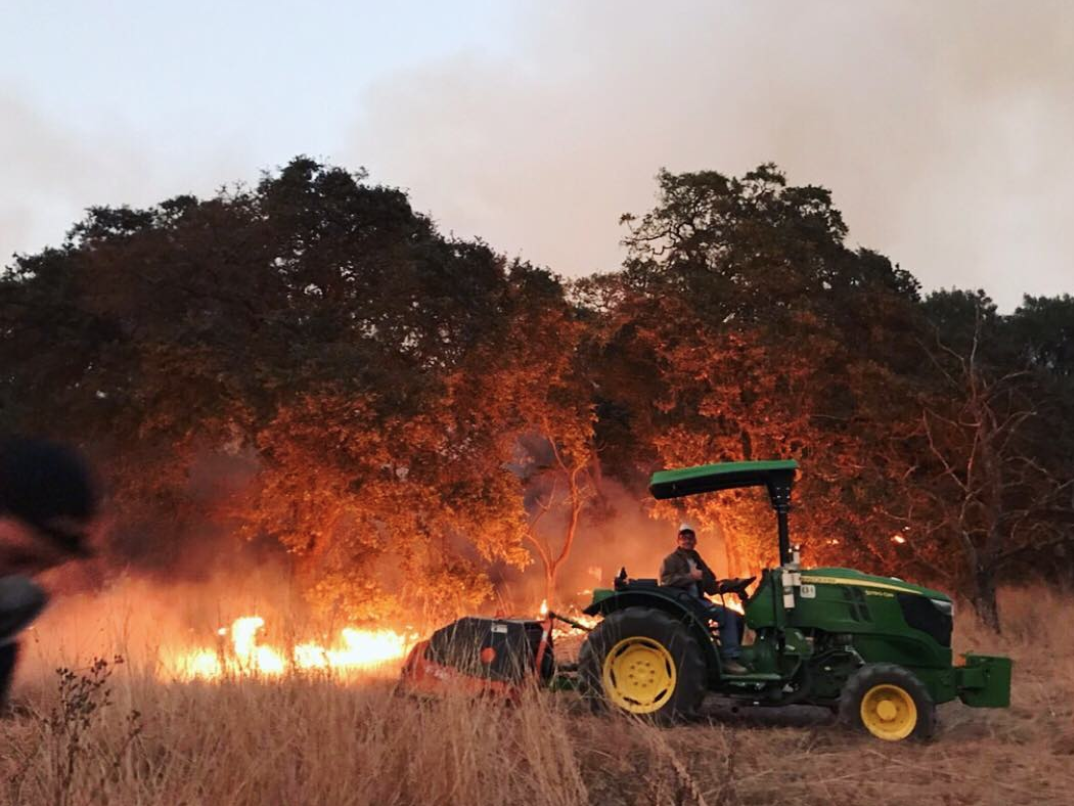 This special episode of Heritage Radio Network On Tour brings you the latest news on the California Wildfires that continue to burn throughout parts of Napa, Sonoma, Calistoga and Santa Rosa. We have updates from winemaker Robert Sinskey, Brian Kenny of Hearst Ranch, and more.

“We need to focus on climate change and educate people to vote the environment. It needs to be the number one issue for all eligible voting citizens. The world has bigger problems than just the wine industry and these fires. We need intelligent, savvy politicians who will make climate change their top priority and we need to put others on notice that the world has moved beyond fossil fuel and chemical farming. I have said for years that vineyards are the canary in the coal mine. What we are experiencing now is what’s in store for the rest of world if we don’t move on from this carbon based economy.” – Robert Sinskey

Next, we take a look at some of the conditions that led to these fires. The New York Times published an article addressing the factors that made this wildfire season so deadly. Years of drought were followed by record amounts of rainfall, which spurred new plant growth, and then followed by months of extreme heat that withered the new growth and turned it into more tinder. Autumn winds from the northeast, known as diablo winds, began blowing through the region over the weekend at speeds of 70 miles an hour or more. It’s unknown what sparked the fires at this time, but state officials are looking into the possibility that downed power lines are one of the causes.

Finally, we want to share some of the relief efforts underway in California's wine country and bay area: