This week on Fuhmentaboudit!, Mary, Chris, and Rachel are joined in the studio by Derek Dellinger, brewmaster at Kent Falls Brewing Company, and author of The Fermented Man, which is due out in July. The book is a chronicle of Derek’s year of fermentation, in which he ate only fermented foods for the entire year of 2014.

Derek is also the author of the homebrew and craft beer blog www.bear-flavored.com, a contributing writer to Upstate Brew York magazine, and a homebrew advisor to Beacon Homebrew, a homebrew shop supplying the Hudson Valley region. 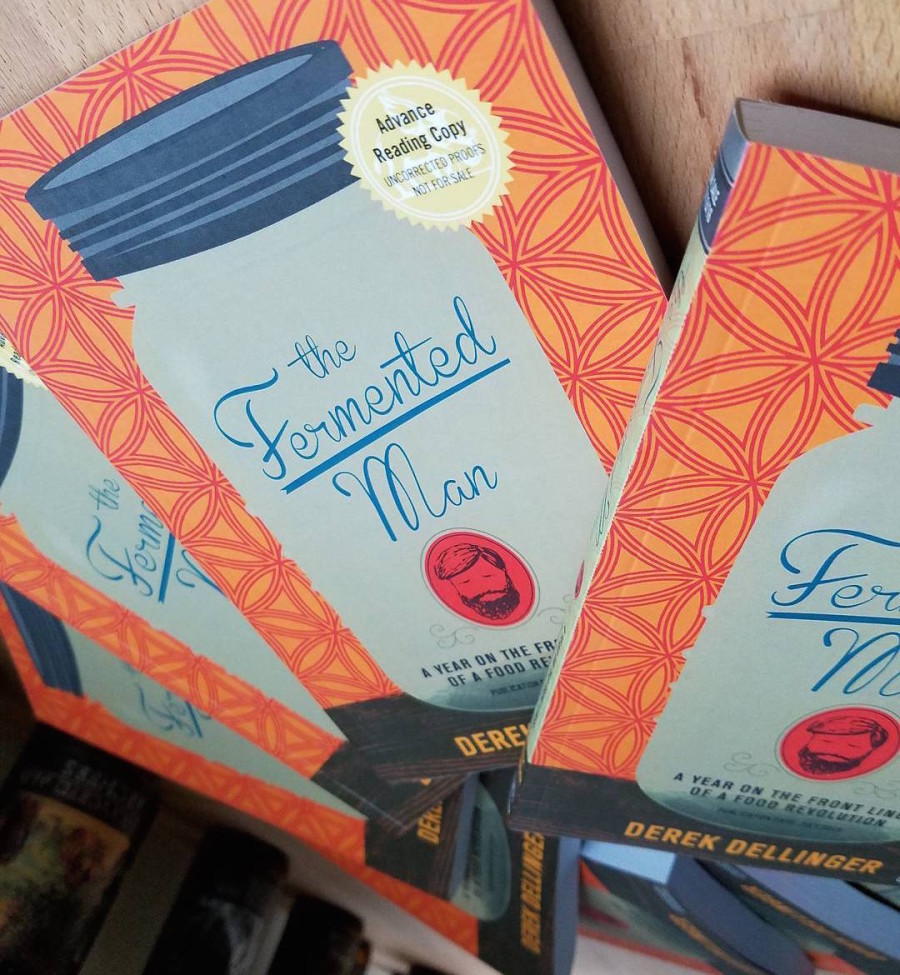 “I think there are some merits to eating simpler…eating things that aren’t so elaborate, that are good, core, fundamental foods in just their inherent state, without worrying so much about preparing these elaborate dishes out of them. It kind of forces you to eat less and just eat more true to what the foods are by themselves.” [22:30] – Derek Dellinger