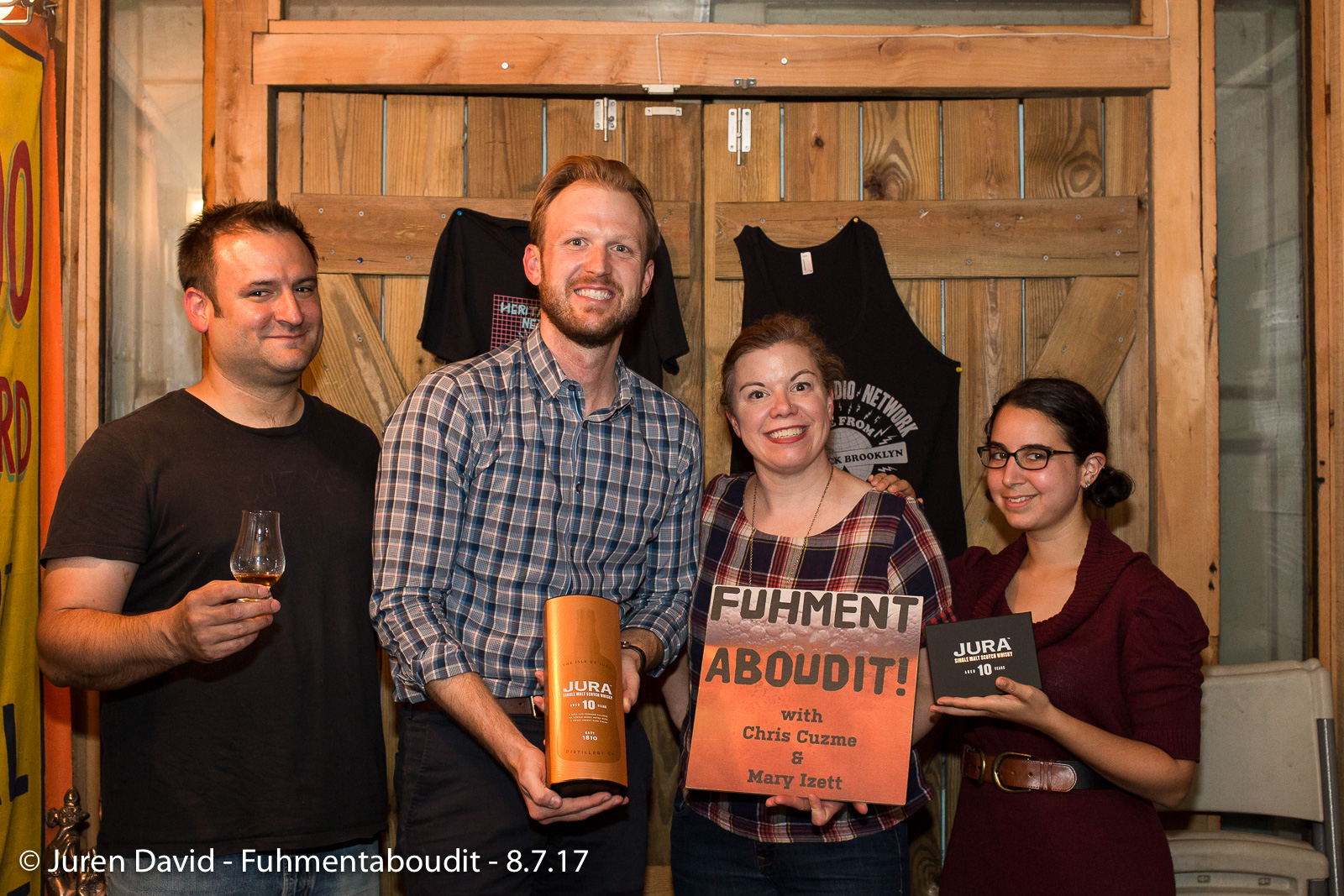 Great Scotch! Adventures in the Island of Jura

On the season finale of Fuhmentaboudit!, Mary, Chris, and Rachel are joined in the studio by Jason Moore, a single malt specialist for Whyte & Mackay Americas, makers of Jura single malt whiskys. Tune in to hear them discuss the "extremely ungetatable" Isle of Jura, the process of making Scotch whisky, and the launch of the new Jura 10 variety! Fuhmentaboudit! is powered by Simplecast