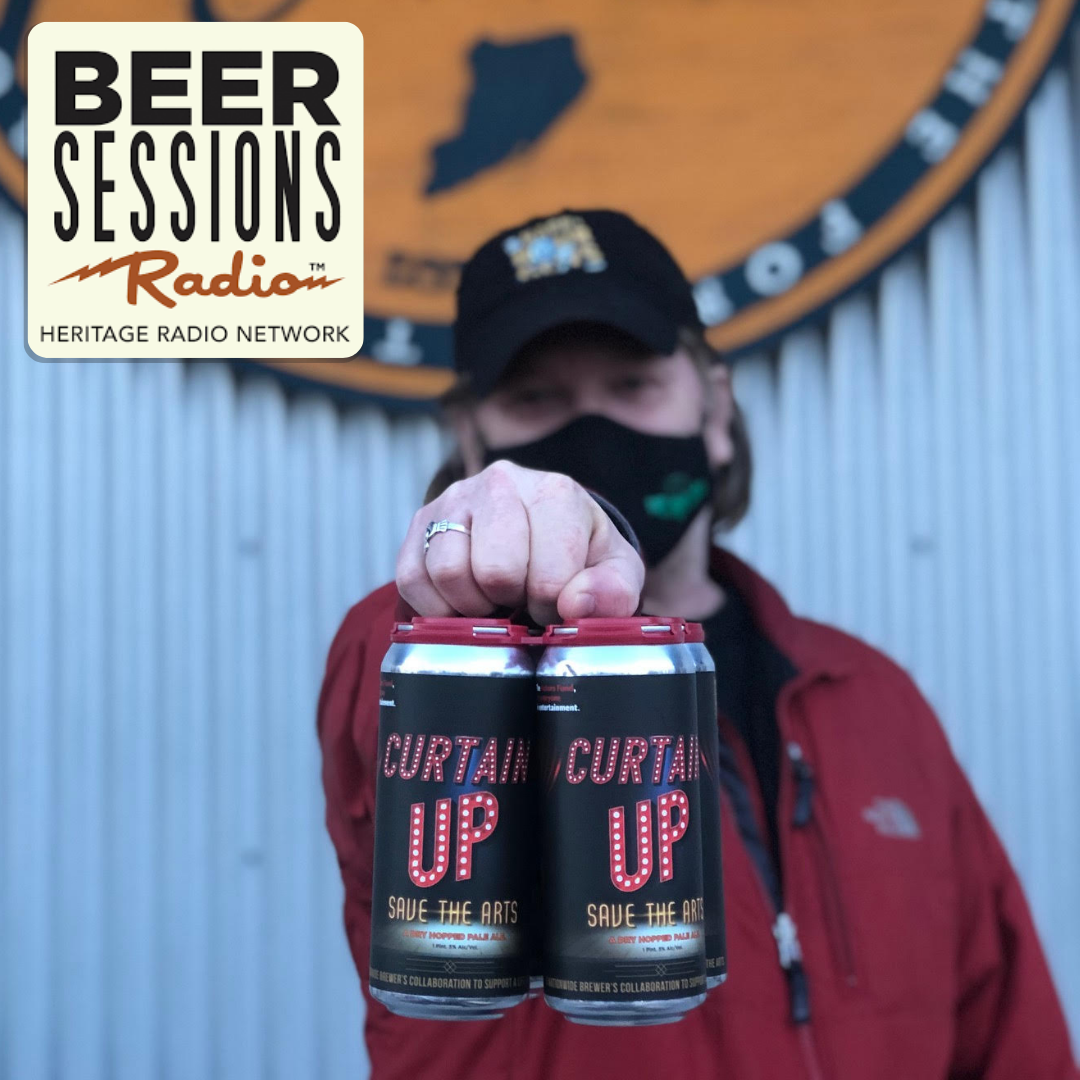 The Show Must Go On: The Happy Hour Guys’ Curtain Up Initiative

This week on Beer Sessions Radio, Jimmy is taking center stage to highlight the "Curtain Up" initiative with the Happy Hour guys and a couple of special brewmasters. On the show is Dave Lopez from Gun Hill Brewing Company in the Bronx, NY; Jon Zerivitz from Union Craft Brewing in Baltimore, Maryland; Kris March from Slickfin Brewing in Fort Edward, NY; and Jimmy Ludwig and Mark Aldrich from The Happy Hour Guys.  For the first half of the show, Jimmy, The Happy Hour Guys, and Dave catch up with Jon down in Baltimore. Jon highlights Baltimore’s rich art scene and all the support his Curtain Up beer has received from the Baltimore community. He also credits Covid-19 for helping him refocus and slow down a bit, reworking his brewing process and recipes so that everything is in great shape for an early March reopening. Jimmy and Mark speak candidly about how hard the past year has been for anyone in the live performance industry, and how the Curtain Up Initiative is adding any sort of stimulus they can to people’s lives.  In the second half of the show, The Happy Hour Guys and Dave bring on Kris, who has a unique family connection to the Broadway scene. While he’s only a couple of years into owning his one-barrel brewery, Kris has been experimenting with fermentation since he concocted a “toilet wine” while serving in Afghanistan. Now much more established, Kris reveals some super exciting news to the gang and shouts out his upcoming new beer inspired by Girl Scout cookies. Photo Courtesy of Mark Aldrich. Heritage Radio Network is a listener supported nonprofit podcast network. Support Beer Sessions Radio by becoming a member! Beer Sessions Radio is Powered by Simplecast.