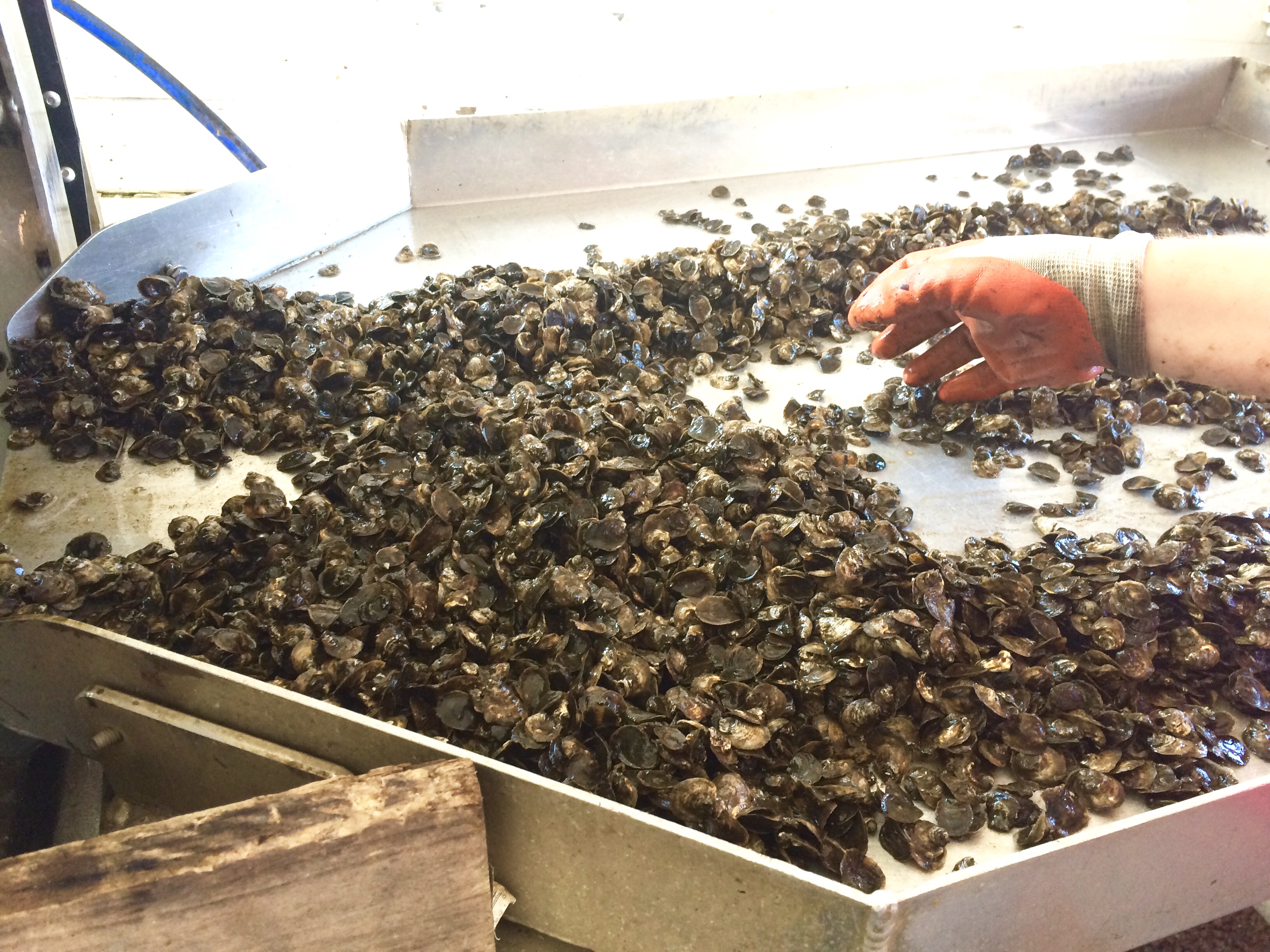 New York was once known as the oyster capital of the world, and was famous for the Blue Point Oyster that originated in the Great South Bay on Long Island. In 1938, that suddenly changed due to the New England hurricane known as "The Long Island Express." Inlets were cut through Fire Island, silting over oyster beds and exposing them to predators. After WWII, the wild population still hadn't recovered and the oyster industry lay dormant for decades. However, the "Blue Point" name lived on under questionable circumstances. Fast-forward to the late 1990s, enter Chris Quartuccio. Chris grew up in West Sayville, just down the road from Blue Point. After disease wiped out much of the Eastern wild oyster population (causing the price of oysters to quadruple), the stage was set for Chris to start the first Oyster Farm on the Great South Bay in almost 80 years! This week on A Taste of the Past, Kat Johnson takes a trip to visit Chris at Blue Island Oyster Company's hatchery and nursery to learn more about the history of the oyster farming industry on the Great South Bay. [caption id="attachment_37792" align="aligncenter" width="640"] oyster larvae under a microscope[/caption] [caption id="attachment_37790" align="aligncenter" width="640"] juvenile oysters ready to move to farm[/caption] [caption id="attachment_37794" align="aligncenter" width="640"] Jacob Ocker's house in West Sayville, built on a hill made of oyster shells[/caption]