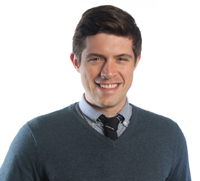 The tables turn this week on In the Drink as Joe Campanale sites in the guest seat and shares his story for the first time on the show! Find out how he discovered the industry after initially studying politics at NYU. Follow his careers steps from early days interning at Italian Wine Merchants and Union Square Cafe to working as a sommelier at Babbo and eventually opening dell'anima in 2007. Now, Joe is the Executive Beverage Director of Epicurean Group, which manages dell'anima, L'artusi, L'apicio & Anfora. Tune in and get an inside look at the career of one of wine and hospitality's brightest stars. Also get a sneak peak into Downtown Italian: Recipes Inspired by Italy, Created in New York's West Village, the forthcoming cookbook and wine pairing book from the Epicurean team. This program was brought to you by Michter's. "When I came back from Italy that's when I had this mandate that I had to surround myself with food and wine and spend the rest of my working life that way." [04:00] --Joe Campanale on In the Drink