Our guest is Nico Russell who is the chef/owner of Oxalis, a beautiful new American restaurant in Prospect Heights, Brooklyn. Nico worked in some of the greatest restaurants in the world, and after a series of popular pop-up dinners, he finally opened Oxalis in November 2018. His dishes are elaborate and refined, but very approachable and reasonably priced.

Nico incorporates Japanese flavors uniquely into his dishes. In this episode, we discuss his approach to new ingredients and flavors, how he apply elements of Japanese cuisine in his kitchen, and much much more!!! 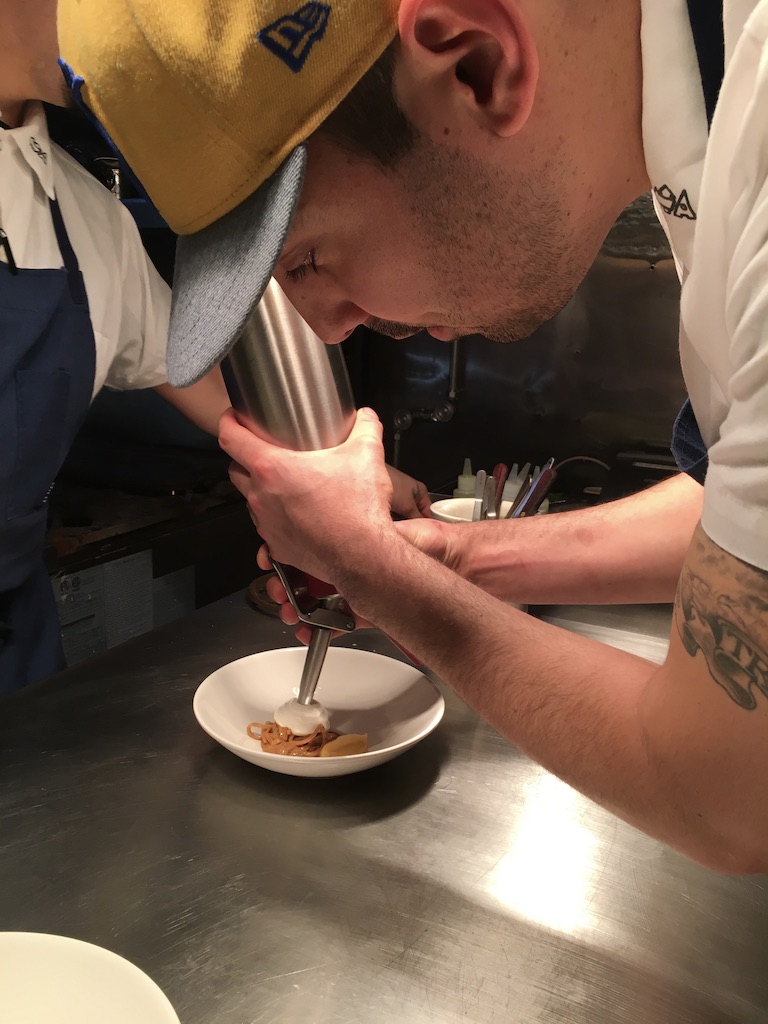 Our guest is Karl Palma who is the chef and owner of Karl’s Balls in New York City. He cooks…

Our guest is Hirohisa Hayashi, the chef and owner of Hirohisa in SOHO, which has a previous Michelin star.  Hiro’s…

Our guest is Chris Uhde who is a whisky specialist based in California. Japanese whisky is very popular among whisky…