Portrait of an Artist as a Young Persian

Happy Sunday!  This week on The Main Course, hosts Alexes McLaughlin and Phillip Gilmour welcome artist Kamrooz Aram to the studio.  Kamrooz Aram’s diverse practice often engages the complicated relationship between traditional non-Western art and Western Modernism. Through a variety of forms including painting, collage, drawing and installation, Aram has found the potential for image-making to function critically in its use as a tool for a certain renegotiation of history.

Aram’s paintings reveal the essential role that ornament played in the development of Modern art in the West. Taking floral motifs from Persian carpets, Aram repeatedly reconfigures them into painterly mediations, building the pattern, destroying it and rebuilding again, resulting in explosive images, always in a state of flux. These lush canvases form repetitive patterns that coax new meaning from the chaos of fragments. Aram complicates the relationship between ornament and decoration, revealing the history of ornament as a drive towards the absence of figuration, a movement towards abstraction.

Kamrooz Aram (born 1978, Shiraz) received his MFA from Columbia University in 2003. Recent solo and two-person exhibitions include Palimpsest: Unstable Paintings for Anxious Interiors at Green Art Gallery, Dubai, UAE (2014); Kamrooz Aram/Julie Weitz at The Suburban, Chicago, Illinois (2013); Brute Ornament: Kamrooz Aram and Seher Shah, curated by Murtaza Vali, at Green Art Gallery, Dubai, UAE (2012); Negotiations at Perry Rubenstein Gallery, New York, New York (2011); Generation After Generation, Revolution after Revelation at LAXART, Los Angeles, California (2010) and Kamrooz Aram: Realms and Reveries at the Massachusetts Museum of Contemporary Art, North Adams, Massachusetts (2006). He has shown in numerous group exhibitions including Beauty Reigns: A Baroque Sensibility in Recent Painting, McNay Art Museum, San Antonio, TX (2014); roundabout, City Gallery Wellington, New Zealand (2010); the Busan Biennale, (2006); P.S.1/MoMA’s Greater New York 2005; and the Prague Biennale I (2003). Aram was one of the winners of the Abraaj Group Art Prize 2014; he has also been awarded grants from Art Matters (2014), the New York Foundation for the Arts (2004) and the Jacob K. Javits Fellowship Program (2001-2003). His work has been widely featured and reviewed in publications such as The New York Times, Art in America, Artforum.com, ArtAsiaPacific, The New Yorker, The National and Bidoun, and can be found in public collections which include the Metropolitan Museum of Art, New York; the Cincinnati Art Museum, Cincinnati, OH; and M+, Hong Kong. He lives and works in Brooklyn, NY.

"When people say where can I find the best Iranian restaurant in New York, I say Los Angeles."

--Kamrooz Aram on The Main Course 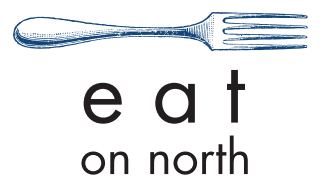 [audio mp3="https://heritageradionetwork.org/sites/default/files/wp-uploads/2015/09/Arts-_-Media-Why-Doritos-Are-Killing-America-1.mp3"][/audio] Mark Schatzker wants you to put down the Doritos. The author of The Dorito Effect makes you rethink...

[audio mp3="https://heritageradionetwork.org/sites/default/files/wp-uploads/2015/10/Meat-Fish-New-York’s-Old-School-Meatpacking-District.mp3"][/audio] Imagine the infamous Five Points district, depicted as a chaotic cross-section of Manhattan, in the hit flick Gangs...