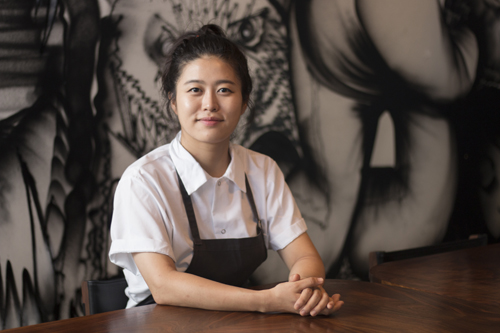 On today’s episode of THE FOOD SEEN, South Korean born Eunjo “Jo” Park, immigrated to Philly to become a chef. She hasn’t been “running with scissors” her ever since. Park is cool, contemplative, intentional with her every move, which is likely why David Chang so strongly courted her for the opening of Momofuku Kāwi, his new Hudson Yard’s restaurant. Park’s also worked at Daniel, Le Bec Fin and Per Se, but that’s beside the point; her prowess came studying temple cuisine’s restraint. While “kāwi” means “scissors” in Korean, a utensil that’s emphatically utilitarian, it’s Park’s beauty for the banal that’s made her food so earthly.