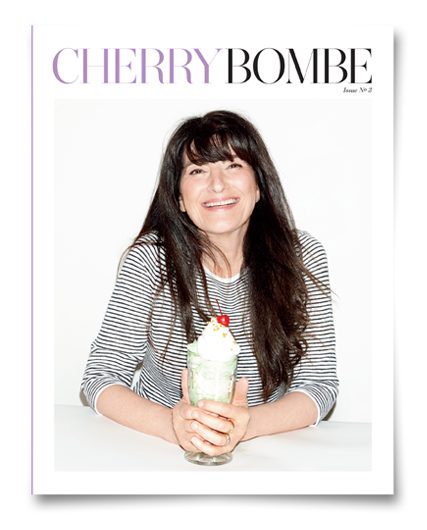 Ruth Reichl is the author of Delicious! a novel published by Random House in May 2014. She was Editor in Chief of Gourmet Magazine from 1999 to 2009. Before that she was the restaurant critic of both The New York Times(1993-1999) and the Los Angeles Times (1984-1993), where she was also named food editor. As co-owner of The Swallow Restaurant from 1974 to 1977, she played a part in the culinary revolution that took place in Berkeley, California. In the years that followed, she served as restaurant critic for New West and California magazines.

Ms. Reichl began writing about food in 1972, when she published Mmmmm: A Feastiary. Since then, she has authored the critically acclaimed, best-selling memoirs Tender at the Bone, Comfort Me with Apples, Garlic and Sapphires, and For You Mom, Finally, which have been translated into 18 languages. She is the editor of The Modern Library Food Series, which currently includes ten books. She has also written the introductions to Nancy Silverton's Breads from the La Brea Bakery: Recipes for the Connoisseur (1996) and The Measure of Her Powers: An M.F.K. Fisher Reader (2000), and the forewords for Japanese Cooking: A Simple Art, by Shizuo Tsuji (2007), At Elizabeth David's Table (2011) and . She is featured on the cover of Dining Out: Secrets from America's Leading Critics, Chefs and Restaurants, by Andrew Dornenburg and Karen Page (1998). She is the editor of Endless Feasts: Sixty Years of Writing from Gourmet; Remembrance of Things Paris: Sixty Years of Writing from Gourmet; The Gourmet Cookbook, released September 2004; History in a Glass: Sixty Years of Wine Writing from Gourmet, 2006 and Gourmet Today, September 2009. Her lecture "Why Food Matters," delivered in October 2005, was published in The Tanner Lectures on Human Values, Volume 27, in 2006. In March 2007, she delivered the J. Edward Farnum Lecture at Princeton University.

Ms. Reichl hosted Eating Out Loud, three specials on Food Network, covering New York (2002), San Francisco (2003), and Miami (2003). She is the executive producer of Gourmet's Diary of a Foodie, public television's 30-episode series, which debuted in October 2006 and Executive Producer and host of Gourmet's Adventures with Ruth, a 10-episode public television series which began airing in October 2009. She is currently a judge on Top Chef Masters.

Ms. Reichl has been honored with 6 James Beard Awards (one for magazine feature writing and one for multimedia food journalism in 2009; two for restaurant criticism, in 1996 and 1998; one for journalism, in 1994; and Who's Who of Food and Beverage in America, 1984. In 2007, she was named Adweek's Editor of the Year. She received the Missouri Honor Medal for Distinguished Service in Journalism, presented by the Missouri School of Journalism, in October 2007. Ms. Reichl received the 2008 Matrix Award for Magazines from New York Women in Communications, Inc., in April 2008. She holds a B.A. and an M.A. in the History of Art from the University of Michigan and lives in Upstate New York with her husband, Michael Singer, a television news producer.