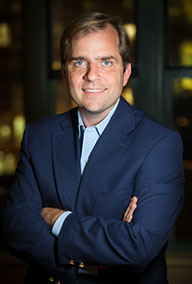 Why Haven't Antitrust Laws Been Evoked in the Meat Industry?

This week on What Doesn't Kill You, host Katy Keiffer is joined by Christopher Leonard, a former national business reporter for the Associated Press and author of The Meat Racket: The Secret Takeover of America’s Food Business. His work has appeared in Fortune, Bloomberg, Businessweek, Slate, and The Wall Street Journal. He is a Schmidt Family Foundation fellow with The New America Foundation, a nonpartisan public policy institute in Washington, DC. He is currently writing his second book, a profile of Koch Industries. "When you let the business consolidate, and when you let the structure change so much, even when these companies say hey, if you let us get bigger we're gonna make things cheaper, you start to see the effects of monopoly power exert themselves over time." – Christopher Leonard

Dr. Steve Suppan joins to discuss the very first futures contract for water, and the implications for the rest of us. Heritage Radio Network is a listener supported nonprofit podcast network. Support What Doesn't Kill You by becoming a member! What Doesn't Kill You is Powered by Simplecast.