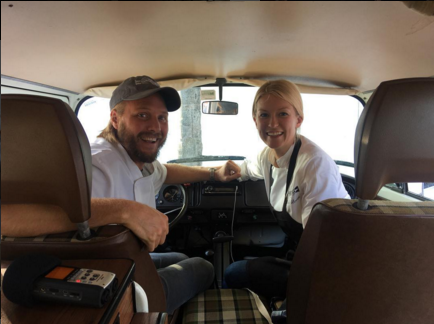 On this episode of Week in Review, Jack and Erin cover yet another full week of HRN content -- a fiery Trans-Pacific Partnership debate, how to appreciate raw milk cheese, and why Jose Andres is not a clown. “The Breakdown” is straight out of a converted VW Bus in Miami where Jack talks fried chicken and food dreams with two of our favorite chefs. Last Great Bite  Every episode of Week In Review opens with a recap of the last great thing Jack and Erin ate, and how you can try it too. JACK: So lucky to sneak into Totto Ramen West for some spicy miso ramen at 11:58 last night after a show at Terminal 5. Also shoutout to the dim sum at Sarsparilla Club in Miami! ERIN: “Great might be an overstatement, but the most interesting”: Impossible Burger at Chef’s Collaborative Summit last weekend. It is an experimental vegetarian burger made from an extracted protein that uses yeast to mimic hemoglobin, creating a red burger. The flavor, texture, and appearance mimic meat with dubious results. Featured Episodes  Get caught up on the highlight reel of clips from the last week of HRN’s programming. Cutting the Curd Episode #259: Raw Milk Cheese Is… (4/11/16) Hosted by Emily Acosta   What Doesn’t Kill You Episode #187: Trans-Pacific Partnership Talk (4/11/16) Hosted by Katy Keiffer With guests Bill Bullard (R-Calf) and Steve Dittmar (AgFreedom.org)   Keynote address from Chef’s Collaborative Summit: Jose Andres is opening a new chain of veg-forward, fast casual restaurants called Beefsteak. “Who do you prefer to open multiple restaurants: a chef like me or a clown?”   The Breakdown: A guest or caller from around the industry joins the show to talk about their recent work. Jack spoke with Jeff McInnis and Janine Booth, of Root & Bone and Sarsparilla Club, in Miami last weekend in their corporate offices -- a refurbished 1970 VW bus. Hear them discuss their food personification dreams, secrets of fried chicken, the differences between food in Miami and New York, and the American dim sum concept. Shoutout to the Miami Mediterranean spot Byblos and Andy Choi, the new chef at Root & Bone! We are hanging out with Jeff and Janine for the Battle of the Chicken Biscuits event Friday, April 15th from 4-7 pm at Root & Bone in Manhattan. Big-Ups: Jack and Erin “big up” people, places, and things they're totally digging right now. (shoutout to Big Ups, the band, for that theme song) JACK: Erin for pushing through this episode while under the weather -- the radio version of Michael Jordan scoring 38 points with the flu. ERIN: Sunday, April 24th, we will be down at Grand Army Bar from 5-8 pm for a HRN cocktail party fundraiser. Also big ups to Ted Nelson of Gumbo Marketing for putting together the event at Root & Bone!