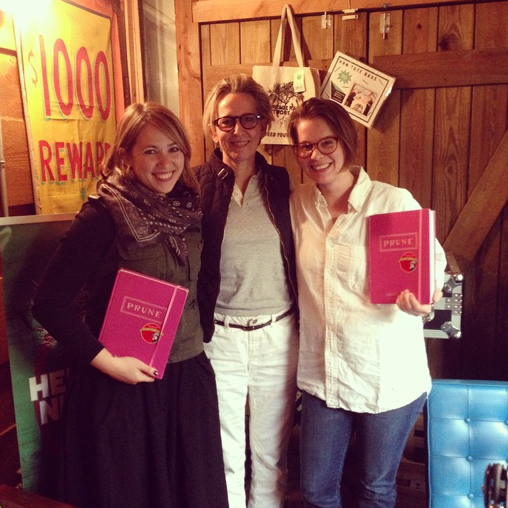 This week on The Morning After, hosts Sari Kamin and Jessie Kiefer kick off the show with some entertaining food news before welcoming renowned chef Gabrielle Hamilton. A self-trained cook turned James Beard Award-winning chef, Gabrielle opened Prune on New York's Lower East Side in 1999 to great acclaim and lines down the block, both of which continue today. Sari and Jessie also speak with Gabrielle about her new Prune cookbook, which is an inspired replica of the restaurant's kitchen binders. She goes on to explain that It is written for her cooks in her distinctive voice, with as much instruction, encouragement, information, and scolding as you would find if you actually came to work at Prune as a line cook. With this in mind, the recipes have been tried, tasted, and tested dozens if not hundreds of times. Sari talks to the chef about the particular chapter entitled "Garbage" which really means smart ways to repurpose foods that might have hit the garbage or stockpot in other restaurant kitchens, but are turned into appetizing bites and notions at Prune. Tune in to hear all about this remarkable chef and, of course, to find out how she fares with The Morning After Quiz! This program was brought to you by Edwards VA Ham. "I take all books seriously and I revere books and just because it's a cookbook does not mean it's to be cast off." [12:45] "This is merely a true rendition, this is what we do at Prune and this is what you can do too - if you want the Bloody Mary the way we make it, the vinaigrette the way we make it, if you want the sweetbreads the way we make them." [18:00] --Gabrielle Hamilton on The Morning After

[audio mp3="https://heritageradionetwork.org/wp-content/uploads/2015/09/Culinary-The-Ramen-Revolution-1.mp3"][/audio] Ramen guru Ivan Orkin elaborates on the ramen phenomenon and explains why we’re all slurp crazy. Listen to...

[audio mp3="https://heritageradionetwork.org/wp-content/uploads/2015/10/Arts-Media-A-Post-Food-Network-World-according-to-Anthony-Bourdain.mp3"][/audio] Chef, author, and tv personality Anthony Bourdain sits down for a lively discussion with hosts Sari Kamin and...