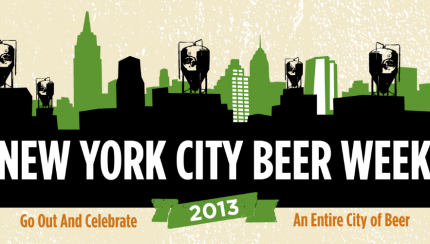 New York City Beer Week is finally here! This week on Beer Sessions Radio, Jimmy Carbone is joined in the studio by several guests to talk about the brew celebration. Ed Berestecki from Mug's Ale House is talking about some of the upcoming events at his bar, including "Split Thy Skull"- a celebration of strong beers. Dave Brodrick from Blind Tiger is featuring New York beers on tap and in bottles all week long! Founding Director of New York City Beer Week, Josh Schaffner, is talking about his inspiration for the festivity, and the future of beer in New York. James Tai talks about his new brewery in India, and the gang tastes some awesome beers from Lagunitas and Sierra Nevada! This episode has been brought to you by GreatBrewers.com.

"Other brewers are looking at the States, and they want to be where we are. That's the goal." [8:00]

"What most interesting to me is seeing the breweries in the States that are taking from the breweries overseas that originally were learning from over here." [28:15]